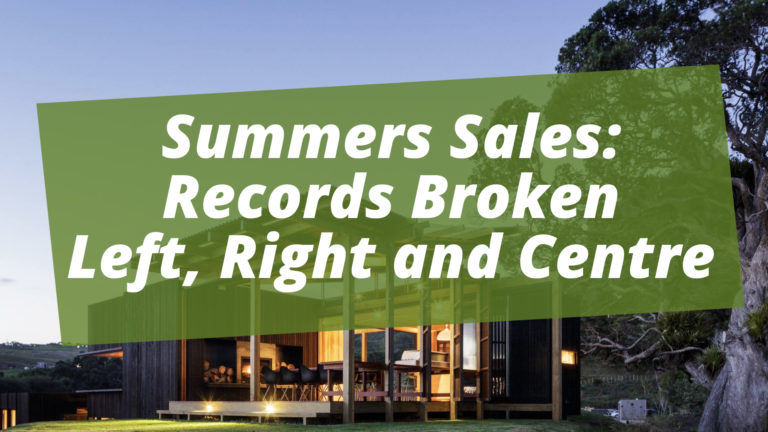 Any hints of LVR restrictions or COVID resurgence haven’t slowed housing activity in the city of sails with Auckland’s residential auction activity running at nearly twice the level of a year ago during the first half of February.

The overall sales rate was also higher this year at 71% compared to 61% at the same time last year.

Auckland’s largest agency, Barfoot & Thompson, auctioned more than three times as many homes in the first week of February as it did in the corresponding period of last year.

This corresponds with the announcement from Realestate.co.nz that the number of residential properties coming on to the market hit a five-year high in January. The site received 8048 new residential property listings from throughout the country in January, which was up 10.2% compared to January last year and the highest number of new listings the website has received in the month of January since 2016.

The rise in listings was mainly driven by a surge of 3139 new listings in Auckland, which was up a whopping 37.4% compared to January last year and the highest number of Auckland listings the website has received in the month of January since 2010.

Sales prices also continue to soar with Barfoot & Thomson reporting that auctions that were able to be matched with their rating valuations (RVs), 98% sold for more than their RVs. This indicates that there seems to be no slowing down of the house price increases, with QV House Price Index also revealing that the national average value increased by 6.27% over the three months to the end of January and had increased by 15.11% over the previous 12 months.