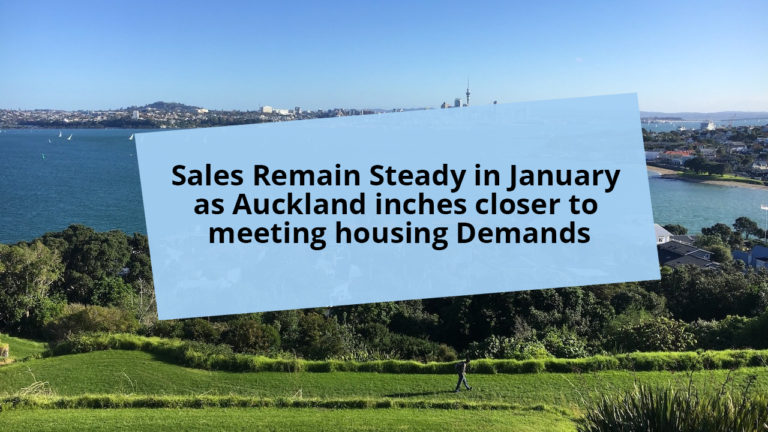 There was no holiday or early-year slump in sales, with activity firing up again in both rresidential and commercial property markets, which look set to continue from where they left off last year.

Barfoot & Thompson, Auckland’s largest real estate agency, kicked things off with 14 early residential auctions over the week from 9-15 January and achieved a 100% sales rate, which continued into 69 residential properties the following week, (16-22 January) with an overall sales rate of 75%. Only one of the properties that sold went for less than its rating valuation.

As for commercial property, in Auckland all were smaller commercial units of a type that would appeal to private investors, with prices ranging from $680,000 to $1.23 million, with net rental yields on the properties that were tenanted were all within a tight band of 5.25% to 5.5%.

In addition to this, it’s looking like the number of new homes being built in Auckland is continuing to increase at a heathly rate with the latest figures from Auckland Council show that it issued 1581 Code Compliance Certificates for new dwellings in November last year, up 41% compared to November 2019.

That brought the total number of new homes completed in Auckland to 12,054 in the 12 months to November, up 15% compared to the previous 12 months. On average just over 1000 new homes a month were completed in Auckland in the year to November, although the increase in the region’s total housing stock would have been slightly less than that because some existing homes would have been demolished to make way for the new dwellings.

It is estimatated that just under 1300 homes need to be added to Auckland’s housing stock every month to keep pace with the region’s strong, migration-driven population growth, and  the latest figures suggest that the number of new homes being completed in Auckland is starting to come close to keeping pace with population growth-driven demand.

Residential building consent figures suggest that the number of new homes likely to be built in Auckland will continue to rise over the next couple of years. According to Statistics NZ, consents were issued for 1740 new dwellings in Auckland November and the number of consents issued has consistently been above 1300 a month since May.

Auckland Council figures show that most residential buildings are completed and issued with a Code Compliance Certificate within two years of receiving their building consent.

If present home building trends continue, the supply of new homes is likely to start keeping up with demand at some time in the next year or so, although the existing shortfall in housing supply that has built up over many years would mean Auckland’s housing supply would probably remain tight for many more years.