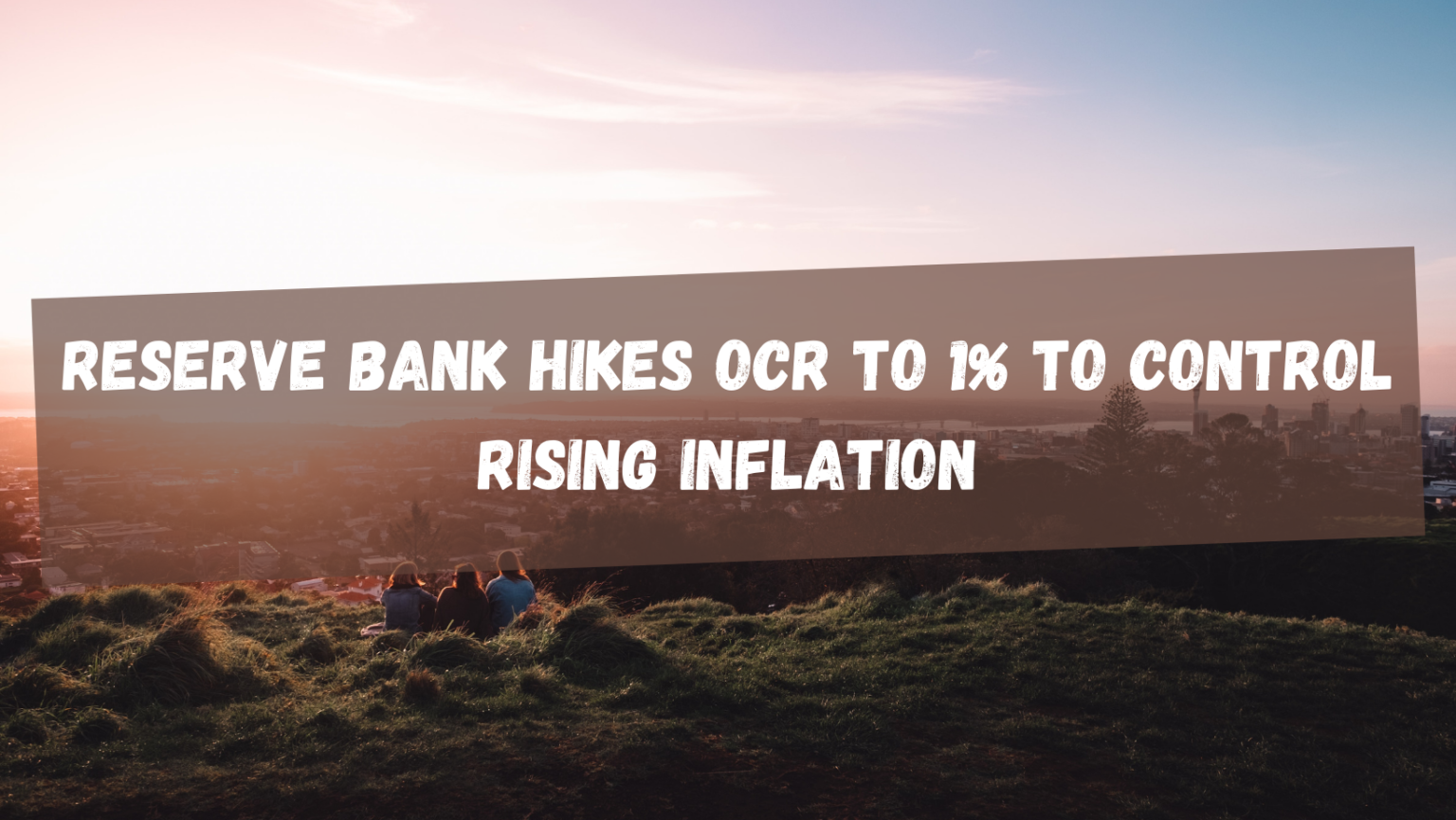 With surging inflation, rising house prices and a tight labour market, the Reserve bank signalled its move by increasing the OCR rate by 25 basis points to 1%. The increase was backed by strong exports, healthy consumer and business finances and government spending.

The RBNZ’s monetary policy committee said it was concerned that high oil prices, transport costs and supply chain disruptions could increase the inflation to 6.6% this year.

RBNZ Governor Adrian Orr said “We need to observe both the economy and how market pricing is behaving through time to assess whether we’re having the impact needed to maintain inflation and so we will not rule out larger increases in the future. It’s going to be a function of what is necessary and other shocks at the time.” However, Orr said retail borrowing costs should not rise too much because retail banks had already priced in expected increases.

It warned that the economy could be knocked around by the current Omicron outbreak in the short term.

The impact of this interest rate rise would be only to a minority that had borrowed heavily and paid a high price for their house it was possible they would face negative equity with their debt levels above the value of the property.

Westpac’s acting chief economist Michael Gordon said “There is now enough evidence to declare that the housing boom has ended, with prices turning downward in the last two months.” We’ve been predicting for some time that once mortgage rates rise from their lows, the housing boom would cool off and tip over into modest price declines.

The sales rates remained relatively steady overall despite a surge in the auction activity witnessed last week.  Interest.co.nz monitored 386 residential property auctions throughout Aotearoa last week (12-18 February), up from an average of just under 300 a week over the first two weeks of February.

While the number of properties being auctioned increased last week, the sales rate was flat, with the national sales rate at auction barely changing at 41% compared to 40% in the first half of February. Auckland properties were the least likely to sell under the hammer with a 31% sales rate.

Auckland Council figures show that 88% of new dwellings are completed and receive their Code Compliance Certificate within two years from the date they received their building consent. The figures suggest a surge in new homes completions in Auckland in 2023, and it’s possible that numbers could top 2000 a month occasionally if the construction industry has the capacity for that amount of work. At the very least, residential construction in Auckland is likely to remain at highly elevated levels well into next year.

The slowdown in house prices was a result of lending applications taking 3 times longer due to the changes introduced by CCCFA in December. With the continued hike in OCR rates, it remains to be seen whether we will witness gradual slowing down of the housing market from here on.