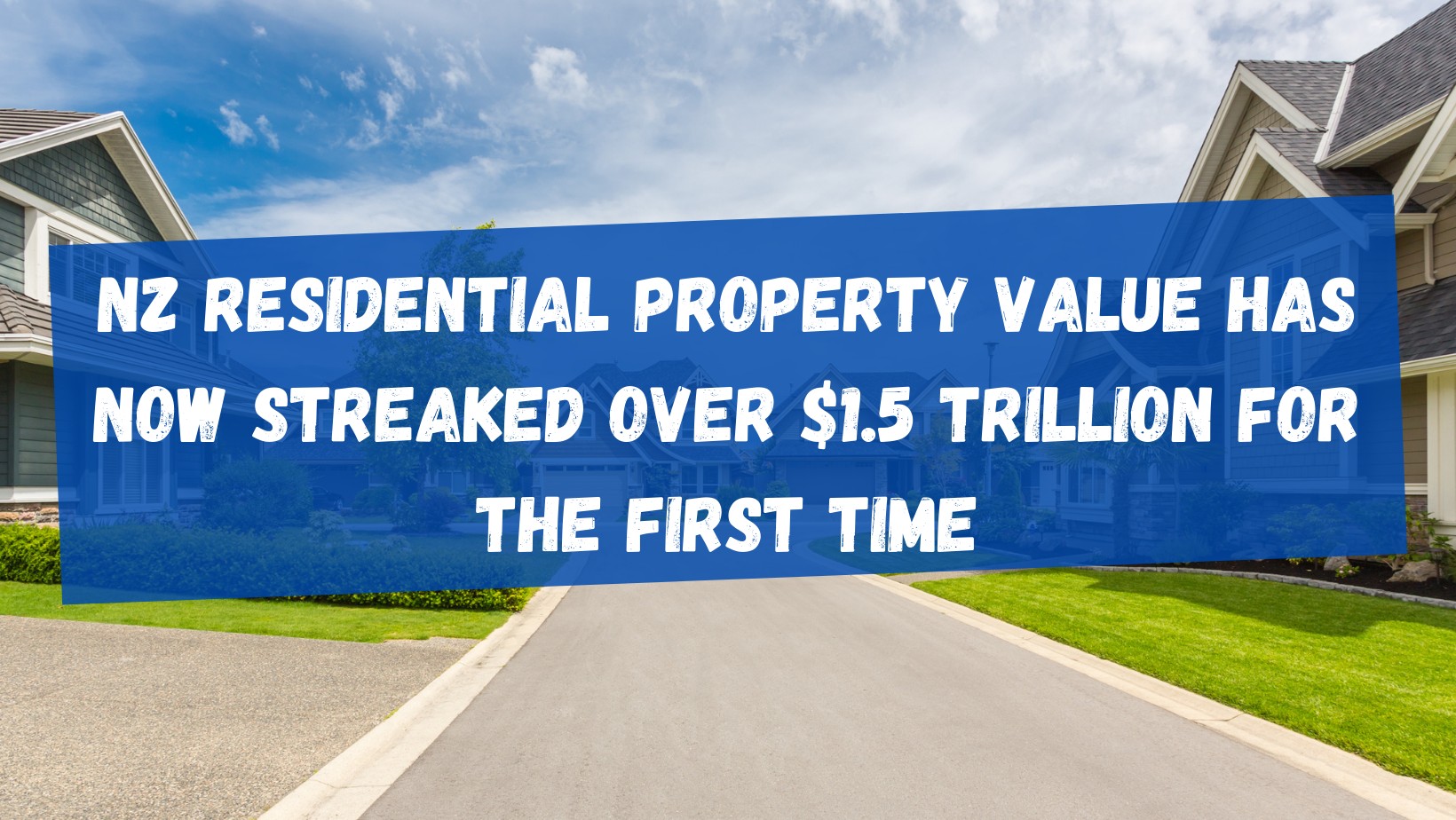 CoreLogic’s Head of Research Nick Goodall says “Nationally average property values have increased 22.8% for the 12 months to June. The continued growth in the market has taken the average property value across the country above $906,532 in June for the first time. Meanwhile, the total value of all residential property in NZ has now streaked past the $1.5 trillion mark for the first time.”

The latest data reveals house prices in Auckland continue to climb, although the quarterly growth rate has slowed to 5.3 percent, down from a previous high of 7.4 percent for the three months ending February 2021.

He further states “The rate of growth in June slowed in 12 of New Zealand’s 18 largest markets”. This modest drop in prices in certain areas gives potential buyers a chance to re-enter the market. However, the rates are not showing any improvement in the Auckland market as the effects of the recent government regulation and the prospect of higher rates are still underway.

The market has been sustainable for over a year now which particularly unfavoured first home buyers, although the conditional signs of change by the government give market newcomers some confidence. The market may show marginal price improvement, but the supply of listings threatens any significant change in the value. Demand is at the peak; however, supply is still dominating the property market in terms of low levels of new listings to suffice the new market entrants.

Goodall adds “If the recent signs of weakness persist throughout the rest of the year, however, alongside what would be a seasonal uplift in spring listings, we may finally start to see the imbalance of demand consistently outstripping supply addressed”.

As per Interest.co.nz’s property editor Greg Ninness, if the interest rates rise, it is anticipated to have more of an impact on housing affordability than the government’s recent reforms to the tax status of residential investment properties.

Tony Alexander in his latest article states “The only reason interest rates have been so low is because our central bank was fighting the feared effects of a global pandemic which could have pushed the world into a new Depression. That scenario went off the table a long time ago and instead the Reserve Bank’s actions have caused a 30% jump in house prices which has already made getting on the property ladder extremely hard if not impossible for many people. The policy cost of fighting Covid-19 has been borne by new home buyers”.

The banks are wooing new-build owners with their record low interest rates, however, due to inflationary pressure it is only a matter of time before the Reserve Bank may look at increasing the rates in the coming months. Highly geared investors will be impacted as and when that happens.