Market Sizzles as we Head into Spring 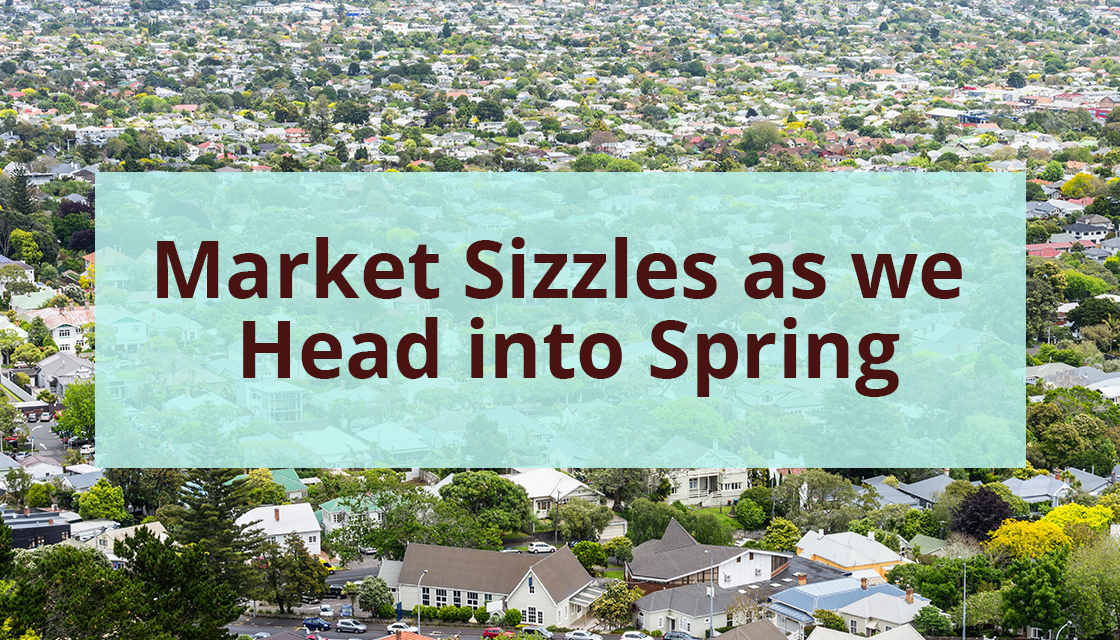 Market Sizzles as we Head into Spring

Despite being in a second lockdown for most of the month, the Auckland property market remained resilient throughout, while breaking some records in the process, in what looks like a positive trend as we head towards summer.

According to data from Auckland’s largest real estate agency Barfoot & Thompson, the local property market breezed right through any COVID-19 restrictions, with the number of properties sold up 41% compared to August last year.

The agency sold 1055 residential properties in August, slightly down from 1095 it sold in July – to be expected from the restrictions of lockdown. But what is most interesting is that it was up 309, or 41%, from the 746 properties the agency sold in August last year.

Barfoot & Thompson Managing Director Peter Thompson commented on the “exceptional” August trading, stating that “Buyer demand was strong and consistent and for the second consecutive monthly sales numbers for this time of year were at a level last seen at the height of the last property cycle.”

Selling prices also remained firm throughout the month with a median selling of $911,500 in August, up 2% compared to July, and up 10% compared to August last year.

According to a new mapping tool by CoreLogic, the data revealed that nearly all suburbs across Auckland saw median values rise in the last year. Dannemora led the pack with a 16.2 per cent rise in median value or a gain of $201,000 in 12 months.

That beat the rebound in Herne Bay, where median values rose $196,000 in the year to September, and is currently the highest-priced suburb in the country, with a median property value of $2.71 million. Auckland Central, with $540,000, had the lowest median value in the city, reflecting the high number of apartments,

The commercial property sector has also remained strong despite the uncertainty around the effects of COIVD-19 on business, Low to mid-priced investment properties were quite popular with investors in the latest batch of commercial property sales reported by Bayleys Real Estate in Auckland.

Despite a large portion of these properties being vacant, investors are obviously not shy of acquiring properties that lack a tenant.

A dozen commercial sales were reported in Auckland, with prices ranging from $600,000 for a vacant 106 square metre retail unit in Manurewa, to $6.75 million for a 2372 square metre light industrial building and office on a 4001 square metre site in East Tamaki.

The property was leased to a food processing business and provided a net yield to the new owner of 6.37%.

Of the 12 Auckland sales, five were of vacant properties and the yields on the tenanted properties ranged from 4.41% for a 350 square metre warehouse that was part of a new complex in Onehunga, to 7.55% for a 103 square metre retail unit with two car parks in Newmarket.

With a possible significant move from what the classic “office space” looks like in the future due to many companies adopting to work-from-home to offset any loss from the pandemic, a move to invest in smaller commercial properties could continue to be the trend in the future.