Looking Back at February – Strong Return To The Market in Summer 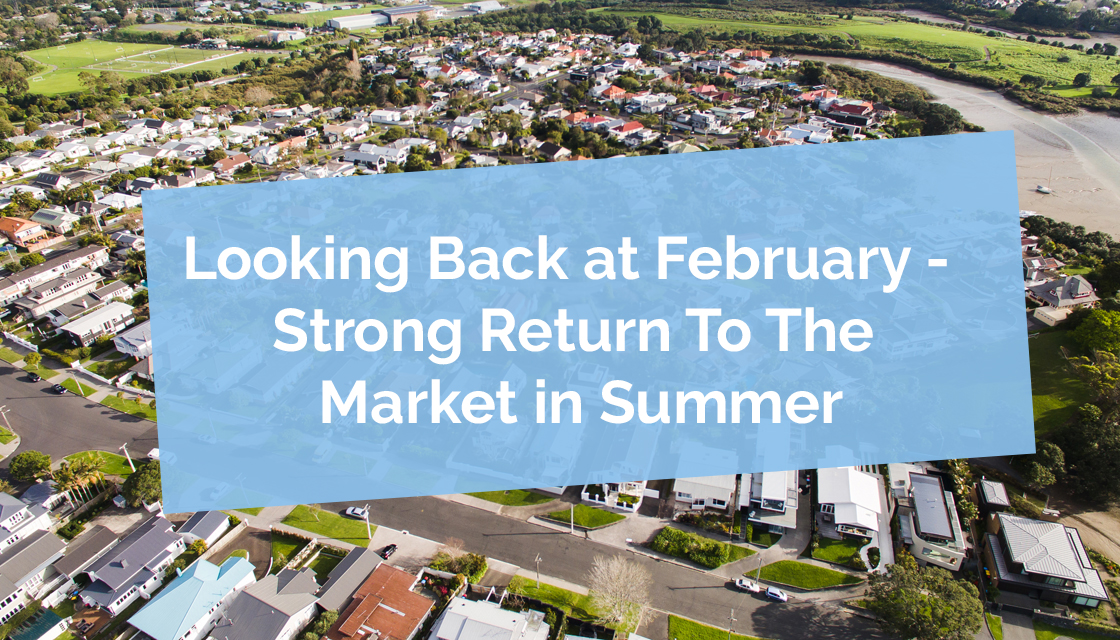 Looking Back at February – Strong Return To The Market in Summer

As 2019 closed we saw a huge spike in both house purchases and prices, a trend that continued well into January despite the holiday period. but now that we are back to work and well into the new year, it seems that the market strength is showing now letting up, with February being a stand ut for breaking some three-year records and showing that this isn’t just a phase, people are looking to buy and invest in the market.

According to the Real Estate Institute of New Zealand, 6694 homes were sold in February, up 9.2% compared to February last year and the highest number of sales in the month of February since 2016.

The growth in sales was mainly driven by a surge in the Auckland market, where 1968 homes were sold, up 41.6% compared to February last year and the highest number of sales in the month of February since 2015, which was at the height of the last property boom.

Barfoot & Thompson, Auckland’s largest Real Estate agency also saw record-breaking sales volumes, which reached a five year high last month. The agency sold 804 residential properties in February – up 70% from 474 in February last year and the highest February sales volume since the height of the last property boom in 2015. There was also a jump in new listings with the agency receiving 1640 new listings in February, up 4.9% compared to February last year.

Barfoot & Thompson managing director Peter Thompson described February’s sales numbers as “exceptional” and put a lot of the success down to a stable market, “Stable prices were a major factor in why so many sales were made in the month.”

Thompson had hopes that this trend will continue into March, “There is every indication that the excellent start the market has made to the year will flow into March, which is traditionally the best sales month in the first half of they year.”

According to Quotable Value, the average dwelling values are rising throughout the country hitting $722,475 at the end of February – up 2.6% compared to three months earlier and up 5.3% compared to a year earlier.

In Auckland specifically, the average value was $ 1,057,556, up 1.8% compared to three months earlier and up 1.2% compared to a year earlier. Auckland also had the most expensive district in Auckland City East, which includes high priced waterfront suburbs such as St Heliers and Mission Bay, where the average dwelling value is $1,568,901.